Most car owners never heard of a TIPM. If you have heard of it, your either a mechanic, or you own a vehicle that has been giving you strange problems. This problem with faulty TIPM has been very frustrating for owners of vehicles that have been effected. In an article in the NY Times, Jeff Marlow who purchased a 2009 Dodge Journey, was quoted describing the problem: “My wife would literally walk outside, and the windows would be rolled down, and the blower motor would be on, and the radio would be on, but there was no key in the ignition, no key fob anywhere near the vehicle,”  (source: https://www.nytimes.com/2014/08/23/automobiles/chrysler-owners-sound-off-on-defective-power-module.html )

The frustration for many vehicle owners is that the dealerships and mechanics don’t always know right away what the problem is. Therefore they can sometimes spend time and money, replacing other parts that are not the cause of the Jeep/Chrysler/Dodge problem, such as the batteries or the fuel pump. This wastes more time and money, and adds more frustration to the already gnawing headache your vehicle is giving you.

Due to the enormous amount of vehicles that have been effected, there has been a class action lawsuit against, Chrysler, Dodge, Jeep, Fiat and Volkswagen. However, there has been very little progress in any type of effective recall. There have been numerous complaints, and if you look on consumer reports under one of these effected vehicles, you will see what owners are saying. For example, you can see complaints about the 2011 Dodge Durango TIPM at this link:  https://www.consumerreports.org/cars/dodge/durango/2011/reliability

The following vehicles have been included in the lawsuit:

Most dealerships are charging around $1100 to replace a faulty TIPM. However there is an option to do it yourself and its not difficult. You can purchase the TIPM on our website tipmrebuilders.com and we provide instructions on how to replace it. If you can use a screwdriver, you can replace the TIPM.
​ 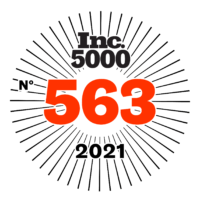